skip to main | skip to sidebar
THANK YOU FOR ALL THE SUPPORT!!!

Hey! Link us and we'll LINK YOU! Just provide us your blog link and name at the cbox on the side :D 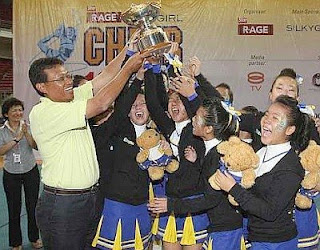 Its been a long year after a great victory but this year BLITZERZ are back and ready to take it all once more.

Just like last year, Blitzerz supporters will be organized by KRS. (:

These are the props that we will be selling this year! 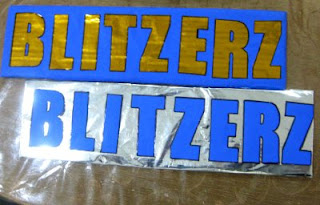 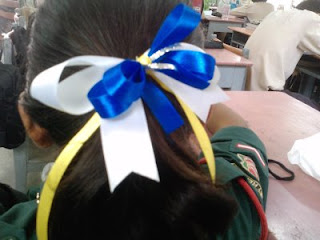 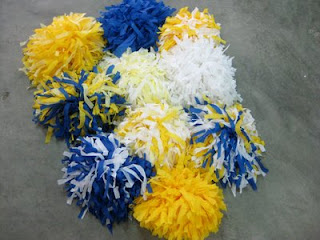 What are cheerleaders without poms? As a Blitzerz supporter, we cheer for cheerleaders. Be sure to get yourself some poms to cheer for Blitzerz at Cheer '10!

There's a poll at the side bar, please let us know which type of pom you would like us to make this year!

STAY TUNED.
Posted by fishballs at 6:15 AM No comments:

If you guys haven't read the newspaper the last few days. Here's a few articles on our proud champs, The Blitzerz !!

1.Blitzerz Charge To The Top 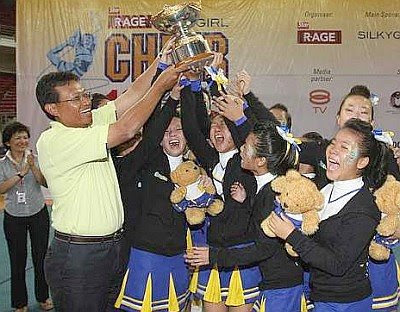 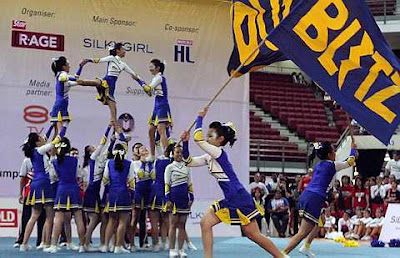 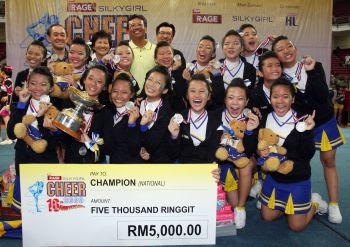 Posted by Blitzerz Supporter at 5:44 AM No comments:


moments before the champions of Cheer 2009 were announced. check it out x)
Posted by XianQii at 5:56 AM No comments:

Hey guys. Remember the supporter's tshirt you saw us wearing during the weekend?


For those who are still interested in purchasing the shirt, please pay up and give us your order latest by this friday. See either Zakirah & XianQi (4M), Aiman Yusri(4T), or Zhenwei(4D) to buy your shirt.

Price: RM18.
Posted by Blitzerz Supporter at 8:49 AM No comments:

Hardwork and months of training FINALLY PAID OFF!

The video can be viewed here.

We, as the supporters of the SMK BUD4 cheerleading team, BLITZERZ, are EXTREMELY proud to announce that Blitzerz has been crown champion for CHEER 2009.


They had done SO MUCH. You've got no idea. No idea how many injuries, stitches, amount of BRUISES, sprains they had. But they worked through all the pain and it paid off!


The good news doesnt stop there either;
The supporters managed to win BEST SUPPORTERS AWARD TOO! 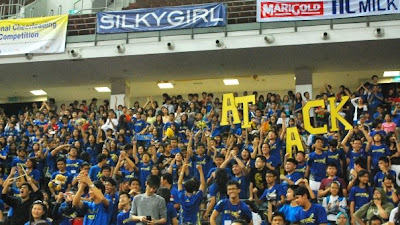 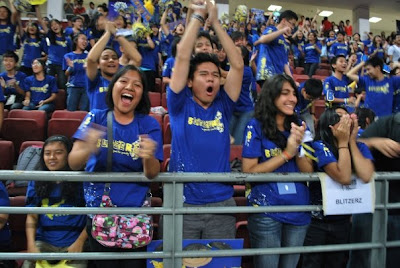 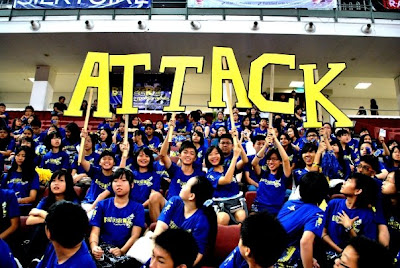 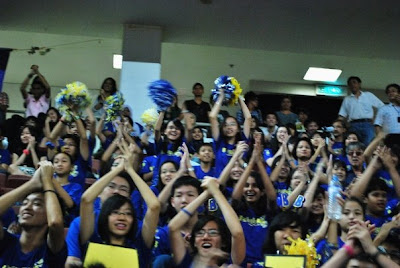 After months of slaving and planning, we're really proud of the supporters and the amount of SUPPORT(no pun intended) that they gave to us and the cheerleaders.

Thanks for the awesome feedback! For being there for both days and being crazy with the crowd! I swear we were the only group of supporters dancing and singing along to every song.

and 2nd Runner-up for best Make Up award :) 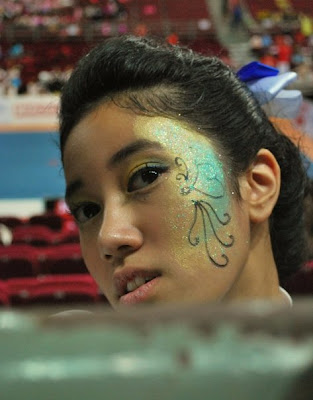 the make up artist, our very own cheerleader, Clara Teo.

EVERYONE WAS AWESOME!
Just so happy with the results and SO GLAD everything turned out fine.
We're gonna miss setting up counters and bugging people to buy props from us x)

The committee, we have dedication! :) Personal thank you to each and everyone of them:

(still in the midst of remembering everyone. there's so many of us!)

from walking, taking the bus to settle the shirts after school, to staying back everyday and working on weekends for props, to setting up counters everyday for package sign up, to coming at 5a.m in the morning to the stadium to book the space for the supporters, to a whole lot of everything!

and the rest of the people who had done so much; LiQi, Nicola, ZiChuen, KokWeng, Jenn and Aisya for helping out LOADS this year, the Form 3 committee and everyone else! Just thankyou thankyou thankyou! Words cannot explain how great we all feel at the moment.


Thanks so much, and maybe, just maybe,
We'll see you all again next yr!

"Don't mess with the Wrong Blue"
-quoted by; Jenn Chew

Posted by Blitzerz Supporter at 1:54 AM 4 comments:

As this blog goes, the cheerleaders are preparing right now for the day they've been working for since 8 months ago. Let's go there tomorrow, by bus, by LRT, by car, to support our school's cheerleading team, BLITZERZ.


For the supporters who signed up for the package or wanted to by the supporters shirt but DID not come today, please purchase the shirt or collect it from any of the ajks tomorrow morning. We'll be selling the remaining shirts at the stadium too, so you're welcome to look for us.

For the props, we'll be distributing the headbands and the hairbands(ribbons) tomorrow too. We'll be bringing that to the stadium too, so for those who have paid but have not collected their merchandise, please come and see us tomorrow.


THANK YOU SO MUCH FOR YOUR SUPPORT! 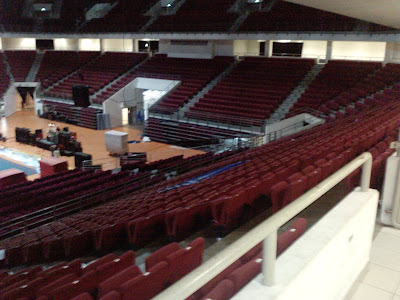 our banner already up and running x) 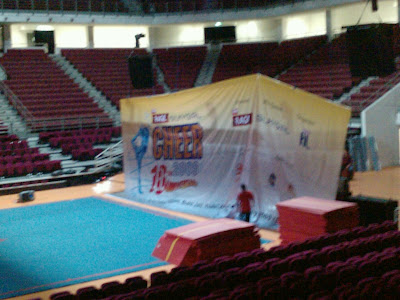 we're ready. are you?
(and yes,we are in fact the first supporters to be at the stadium :D )

Posted by XianQii at 3:46 AM No comments:

Hello guys, just posting up something to announce to all of you that the pre-orders for the props are officially closed. Any remaining stocks will be sold on the 4th of July or before the stated date. The orders will be done and given out soon, so dont worry. We WILL give it all out latest by Saturday, or you can come and see us yourself.

Oh, and a little heads up, the shirts will be arriving on THURSDAY. Which is tomorrow afternoon. So for those of you who have signed up for the package, please come on Friday, which is Hari Temu Mesra. We will open up counters to distribute the shirts. For those of you who are interested in purchasing any extra shirts(in case we have any left), you're welcome to come on Friday too to try your luck. However, there is no guarantee that we'll have extra stock or sizes for you. So, it's your risk to take. The price of the shirt should be around RM18 to RM20. We will let you know on that day itself. And this is for STUDENTS ONLY. We do not want any outsiders coming in to the school just to buy the shirt. For the former students, you're welcome to pass your money to your friends who are still in this school to buy the shirt for you.


Thanks for reading!
Posted by XianQii at 5:37 AM No comments:

Hello, Blitzerz Supporters for this year will be organized by the KRS uniform group of our school, or rather, Form 4's :) The main point of this blog is to promote the package we're offering for Blitzerz Supporters; Cheer '10. Parents and ex-seniors/students are welcome to comment. Fellow students, we would love to hear your opinion. :)

Any Q&A, please feel free to ask us by emailing to this email address blitzerz.supporter@gmail.com. Please attach your name and contact information. We will answer your question as soon as possible. Thank you.